I saw a strange tweet the other day which was complaining that everyone is jumping on the start-a-podcast bandwagon, especially young black people. I was highly confused as to why, even if this statement were true, this is a problem to the writer of the tweet (who is a black person also btw)… but *sigh* haters will be haters. I would have inserted that particular tweet but of course, it has since been deleted. Even so, if you just enter:

into the twitter seach bar, an array of sarcastic or belittling tweets come up.

Just in case you’re not too familiar, a podcast is basically an audio show that is typically spread over a series of episodes and these can be downloaded from the Internet. I like listening to podcasts because they are a great way to become more knowledgeable or informed on a certain topic without stressing yourself too much. They’re also very entertaining and I love the fact that unlike YouTube videos, I don’t have to sit down to watch and be glued to my laptop screen i.e. be distracted from what I’m actually supposed to be doing. Rather, I can put a podcast on and be doing multiple other things at the same time as listening – ah, the beauty of multitasking.

Truthfully, I never used to listen to podcasts and yes they are somewhat popular at the moment. Thank God the means to start up your own podcast are readily available in 2017, all you need is a voice, an idea and a standard Soundcloud account for example. Lots of people have started podcasts in the past few months and the same could be said for blogs – it’s brilliant! We’re diversifying the market, not saturating it and there is room for us all at the top. I think that the rise of podcasts is an amazing thing and it should be widely embraced, especially by young people as the “future” generation.

My top 3 podcasts currently are:

I found this podcast on twitter and decided to give Episode 1 a listen. It was really interesting – the topic was “Quarter Life Crisis” and it featured a thought-provoking discussion between @JameliaObsessed and @ImAdeAkins (the host). Whilst I’m only 21 myself, I could relate to a lot of the points raised surrounding the pressures that young people face: why do you go to work? whose life are you actually impacting? what is your true purpose in life? It reminded me that life is too short to waste time on things that do not fulfill you. Jamelia even spoke of how she quit her day-job to pursue her own business, Treasure Tress which is a UK monthly subscription box for natural hair products. After that, I found myself listening to Episode 2, Episode 3, Episode 4 and so on. I like The Adzvice Podcast because more than anything, it’s just really relatable. The guests on the show are also full of gems and pearls of wisdom that I think anyone, regardless of age, can learn from. Some of the latest topics include: Money and time management, goal-setting, self-investment and the importance of confidence. Give it a listen here!

I had been searching for a good Christian podcast that I could relate to (that wasn’t just a sermon) for so long. They’re surprisingly hard to find! After trailing through a few mediocre ones, I stumbled across The Fly Society on twitter. This American podcast is hosted by Michael Osikoya, JJ Lyrik and Joshua Dillard. The first episode I listened to was titled “I’m a flirt, is that a sin?” and I thought hmm – that’s a very interesting question. Many opinions were thrown out there but I particularly agreed with the point that flirting can be construed as a sin because:

The definition of flirting is to “behave as though sexually attracted to someone, but playfully rather than with serious intentions.” – I believe this is deceptive and we are called to be honest, plain and simple. ” (9 Do not lie to each other, since you have taken off your old self with its practices 10 and have put on the new self, which is being renewed in knowledge in the image of its Creator.” – Colossians 3:9-10)

They also raised a funny point about “controlling your glow” i.e. being aware that some people may be attracted to you, and therefore acting with caution. To avoid hurting someone, this involves not doing or saying anything that may be interpreted as forward, flirtatious behaviour, especially when you have no serious intentions. They concluded that ultimately God sees your heart and knows your intentions (“A person may think their own ways are right, but the Lord weighs the heart.” – Proverbs 21:2)

This podcast is hilarious! As usual, I came across it on twitter. It’s 4 girls – @GhanasFinestx, @PhoebeParke, @Tolly_T and @MilenaSanchezx talking absolutely unfiltered about relationships, everyday life experiences and grown-woman stuff. I started off by listening to their episode “Celibacy and open relationships”, as I’m abstaining from sex before marriage, the title peaked my interest. I appreciated that some of the co-hosts brought a Christian perspective to the topic, whilst being honest about the fact that temptation is a real thing that we all go through.

This is definitely quite an explicit podcast, in the sense that the hosts are very liberal, non-judgmental and no topic is off limits. Other topics covered in their episodes include cheating, interracial dating, dating single parents and more. If you enjoy girl talk, this one may be for you. Listen here!

I also want to give honorary mentions to two other podcasts that I enjoy. One of them is co-hosted by my friend Ra’ifah also known as @RecklessRai on twitter. She started a podcast last year with her 2 male friends called Mostly Lit. Their podcast discusses books primarily but through an exploration of “the intersection of literature, millenial wellness and black pop-culture.” I highly recommend it for book lovers! The hosts are all very intelligent people with a sense of humour, which is a great combination.

**Also, Mostly Lit will be recording with a live audience on Saturday 25th March 2017 in Waterstones, Gower Street, London. You don’t want to miss these guys live in action! Get your tickets here.

The second podcast I wanted to give a shout out to is Guess What Podcast which is hosted by @JwandeS and @Delzz_Smith. I came across their podcast when one of my most controversial blog posts to date, My Friends Don’t Support Me, featured on their show in Episode 3. These two have great chemistry on-air and are very easy and interesting to listen to. They talk about everything from “daily dramas, controversial issues, the music world and even our crazy generation.” They’re fairly new to the game so you guys should go and show them some love!

So if you’re reading this blog post today and you are/were one of the people chiming “everyone has a podcast now!”, “it’s a trend!”, “I must have missed the podcast memo”, “what’s with all the podcasts?” etc. then hopefully I have managed to convince you that podcasts have the potential to be very powerful. I suggest, instead of questioning why everyone has supposedly jumped on a bandwagon, why not take the time to appreciate a new generation of creativity?

To those creatives that are podcasters – I want to say keep doing you. People will always try and bash a popular wave but you mustn’t allow that type of negativity to stunt your growth. Your craft is much needed! You have a powerful platform; use it well! I’m so excited to see where the world of podcasting takes us in years to come.

Finally, to my readers, if you do decide to check out any of these podcasts that I have mentioned, let me know what you think!

Do you have any podcast recommendations for me? (I’m into Christian faith/lifestyle podcasts, self development, female empowerment, black culture and Nigerian diaspora type things).

Let us not become conceited, provoking and envying each other. – Galatians 5:26

13 thoughts on ““Everyone Has A Podcast Now”” 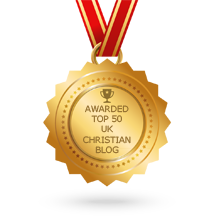 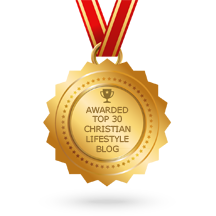